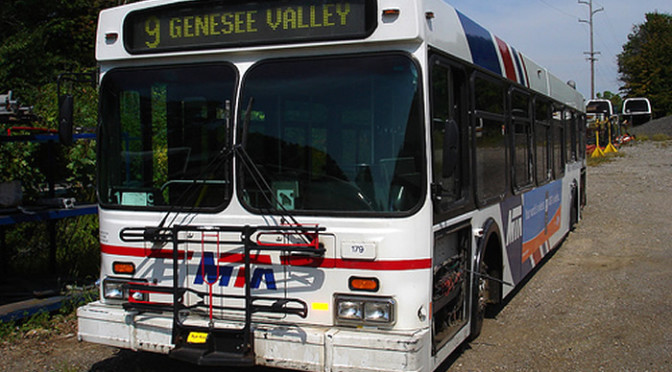 One day while riding on an MTA bus, Reverend Bobby Jackson of Flint overheard a conversation that would change the course of his life.

“I was on the bus when I looked out the window and saw two guys running to catch up with us before we left the last stop. When they finally caught up and found seats, one guy asked the other, ‘Where are you going today?’ The second guy answered, ‘Hurley,’ and the first guy said he was going to the library because where he normally hung out, there was ‘too much trouble.’ I turned and asked them, ‘Don’t you guys have anywhere to go?’ They told me that they stayed in overnight shelters but had to leave during the day. That’s when I thought it would be nice to have a place for the homeless to go at any time.”

Jackson was unable to shake the simple thought of providing a daytime option for local people in transition, but this was new territory for him. Jackson is a 1966 graduate of Flint Northwestern, its second graduating class. He spent most of his adulthood working in sales, so caring for the homeless was not a top skill on his résumé, but this did not stop Jackson from pursuing something he felt he was “supposed to do.” With little knowledge of where to start, he began contacting different organizations for ideas and filing the necessary paperwork to start a nonprofit organization. With limited funding, but a building for use, Mission of Hope opened its doors as a day shelter in early 2009.

In it’s first four years in operation, Mission of Hope had received over 20,000 visits – not to be confused with 20,000 visitors. “Sometimes, the same people come and go by day just to take care of essential needs,” says Jackson. Which essential needs? Mission of Hope offers breakfast to supplement food from local meal services that only provide lunch and dinner to the poor. Visitors also use the washer and dryer, and the shower and toiletries. Jackson says of these things, “Clean clothes and a clean body are fundamentals for all people.”

Operating on less than $20,000 a year, Mission of Hope is supported by donations and absolute volunteerism. The organization has received donations on every level – from small donations by people in the community to financial support from Genesee Health System, to a building and house given by real estate owners. The first building provided to Mission of Hope at 4618 Roberts St. in Flint was an old doctor’s office. Therein are a kitchen, a common area and a shower available to the public. The basement has been converted to a sanctuary for those seeking spiritual solace, which is often filled. Jackson says many of the homeless come to give thanks for their lives and health. Most recently, the Mission was given a two-bedroom house on Damon Street just a few blocks away from the office, which they remodeled to provide month-long housing for families in transition.

Though the Mission and home are providing a place for people to pass time, this time is not spent idly by those who visit. Community clean-ups are held regularly to clear empty lots of trash and board up abandoned houses. At both the office and the newly remodeled home are green spaces reserved for community urban gardens. Mission of Hope is working with Edible Flint to provide food to the community and work to the homeless through those gardens. Additionally, the Mission bottles its own laundry detergent, which Jackson hopes to have on the shelves of Kroger and Meijer in their respective Michigan-made product sections. All this is done in an effort to eventually make Mission of Hope self-sustaining, since Jackson says that “now is not a time to rely on government.”

Jackson does not boast of his efforts; instead, he humbly credits God for the Mission’s success, and he dutifully continues to care for the poor with any and all means provided to him. He looks at life in the following way: “If you’re climbing a mountain, and you reach the top, there are some people you can look down to and direct. You can shout out, ‘Move here’ and ‘Step there,’ but there are others who need you to reach down and pull them up. I’m a Christian, and the commandment is ‘Love God and love your neighbor.’ I may not like the choices that people make or what they’re doing, but I still have to love them. I don’t care if they’re drunk or whatever, I deal with it.”

Jackson’s love is witnessed by the people who assist him at the Mission. In fact, unbeknownst to Jackson, one such volunteer nominated him for the Love Award, an honor recognizing people who serve others. This award is sponsored by accomplished Christian music group Casting Crowns and major Christian radio station, Smile FM. As an award recipient, Jackson was treated to a Casting Crowns concert.

As the gentlemen on the bus said, there are indeed places in Flint that draw the wrong crowd and trouble can ensue. Often people speak of these places as having no hope. Mission of Hope is situated in one of Flint’s disparaged areas, with no such issues to date. “We haven’t had any problems here at all,” says Jackson. Perhaps trouble is not as pervasive as we perceive it to be. Perhaps our willingness to confront challenges is all that is needed to turn them around. “God is making it work,” Jackson reports. Yes, something greater than Flint is at work in the hearts and minds of people from all over. Jackson says he is taken aback by the support he receives from people statewide, including organizations in Attica and North Branch. Major issues require major combatants, and the Reverend Bobby Jackson is on the front lines with the support of an impressive regiment of volunteers. Such a person and organization are worthy of recognition, and give us all hope.

Thank you to My City Magazine for the coverage